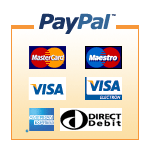 Large Asteroid Base 2.0 (Upgrade only)

Large Asteroid Base 2.0 (Upgrade only)​ contains the landing pad, operations module, rotating cannon, removable hangar roof, additional landing pad and large ship docking arm. This is intended as a n upgrade to owners of the first LArge asteroid base.

BASE PLATFORM NOT INCLUDED

Any ships shown are for scale purposes only and not included

Customer ratings for Large Asteroid Base 2.0 (Upgrade only)

Number of ratings: 1
Average rating: 5
Very Well Made
from Anonymous on 16/06/2015
I'm from the US and I normally don't buy from a random web site I found and it took me a few weeks to commit to it, but I'm very happy i did. They have a lot of nice detail. The hovering parts are connected with a strong metal bar, drill mounted and glued in place by hand. They do not move at all. But the whole thing removes easily from the base and acrylic bar for transport or in game play when needed. Very well made and you'd have to really drop this a few feet or sit on it bad to break it. The Debris Fields to there bases are well weighted and wont topple over even if knocked with game pieces unless a lot of force was applied. I did have 1 slight issue but once contacted it was fixed immediately at no cost to me and I'm a very happy customer. I will be buying other products from this vendor.